“Osmo Mobile 6” review that has evolved small and nifty 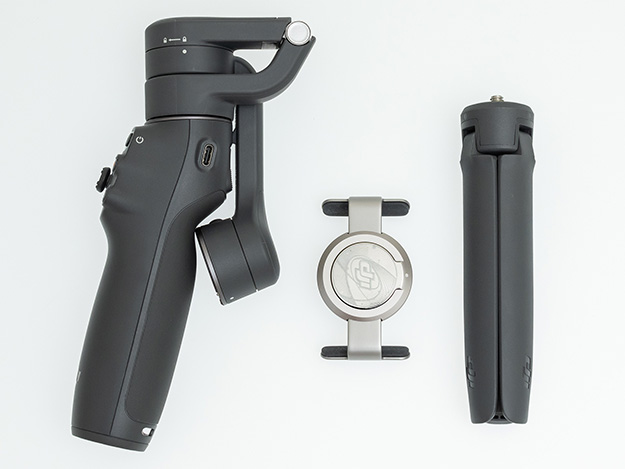 DJI OM 5 (hereafter: OM5) was released in 2021 after a major evolution, but OM6, which was released this time, is a legitimate evolution version based on OM5 with an emphasis on improving reliability and slightly improving functions. I can say The compact design that can be folded into a pocket or the like to be carried is more sophisticated, and the body color of the OM5 can be selected from two bright colors, but the OM6 has a straight gray color that gives a sense of presence and reliability. Let’s introduce such OM6.

OM6 follows the shape and folding mechanism of OM5. When storing, the arm can be folded, set in place, and locked so that it can be easily carried around in a pocket or pouch. Of course, the DJI OM magnetic smartphone clamp (3rd generation) is also followed, so the smartphone clamp does not get caught or get in the way, so there is no stress factor.

In addition, the new function “Quick Launch” launches OM6 as it is when it is expanded from the stored state, and you can shoot videos and photos immediately by attaching the smartphone as it is. This is a huge advantage when you want to shoot with OM6 right away. However, it is necessary to start “DJI Mimo” on the smartphone.

Although the shape hasn’t changed much since the OM5, the quick start isn’t the only nifty little evolution. One of them is the “status panel”, which allows you to see at a glance what state OM6 is currently operating in and whether it is properly connected to your smartphone. Easy to see even in the sun, you can check the activation status, remaining battery level, connection status, gimbal mode, etc. at a glance. Press the “M button” on the right side of the status panel to switch gimbal modes, and hold to control OM6 ON/OFF.

The REC button, switch button, and stick are also placed and sized so that they can be easily operated with just the thumb of the right hand. Compared to the OM5 stick, it’s much easier to operate, so this is also a nice little evolution.

Side wheel to control focus as well as zoom

The biggest feature enhancement in OM6 is the “side wheel” that controls zoom and focus. The zoom control on the OM5 was difficult to tweak, but the OM6 uses the side wheel to control the zoom, making it smoother and more subtle.

However, if you have a smartphone with a single lens, you can seamlessly control the zoom, but if you use a smartphone with three lenses: wide-angle, standard, and telephoto, the lens used will switch depending on the zoom magnification, so you can change from the widest angle to the standard, When changing to the maximum telephoto, you have to be careful because the phenomenon of breathing occurs. However, depending on the smartphone you use, it will change whether the symptoms of shortness of breath appear strongly or weakly.

And I’m happy to be able to control the focus as well as the zoom. Although there may be restrictions depending on the operation mode, focus in/out can be easily performed. When I used the OM6, I thought, “Maybe focusing is more useful than zooming.” I think this also depends on the model, but I’m happy that I can control a considerable amount of bokeh instantly.

If you shoot in cooperation with “DJI Mic”, you can record clear sound even in Vlog etc. When shooting only with a smartphone, unexpected noise is mixed in the recorded sound, making it difficult to record your own voice clearly. If you want your audience to hear your voice in good condition, the DJI Mic is the easiest way to do it.

And it is only natural that you want to capture your facial expressions beautifully along with your voice. The “DJI OM Auxiliary Light Built-in Smartphone Clamp” is useful in such cases. People who are accustomed to shooting Vlogs etc. may use various lights while shooting, but when shooting with a gimbal for smartphones like OM, it is difficult to illuminate yourself with lights.

If you hold the gimbal with your right hand and the light with your left hand, both hands will be blocked, which is very dangerous when shooting in the dark. Therefore, if the clamp itself that moves with the smartphone becomes a light, both hands will not be occupied. Although it is described as “auxiliary light”, it is also a nifty function that you can choose from three levels of light intensity and three types of color temperature.

Also, with the updated “ActiveTrack 5.0”, the front camera can also follow the subject and operate the gimbal, so you can take a selfie while walking without removing your face. On top of that, it might be a feature you especially wanted.

“DJI Mimo” is an inseparable part of using DJI products. Mimo is also essential for using OM6 this time. Mimo can also provide various support for shooting with OM6 and edit after shooting. Due to the characteristics of the app, it is constantly updated, and it is an app that supports new functions, new product information, connection, etc. You won’t feel stressed.

This time OM6 was introduced in one year from the previous version OM5, so I didn’t feel a big evolution, but I felt an improvement in reliability and a small but witty evolution. As smartphones evolve in various ways, I think it will be quite difficult to make each smartphone operate in the same way, such as smartphones specialized for video and smartphones with high versatility. Under such circumstances, I would like to praise the fact that OM6 is made to draw out the specs of individual smartphones as much as possible.

The only difficulty I have is that when OM6 is turned off, the smartphone’s shooting screen automatically switches to DJI Mimo. 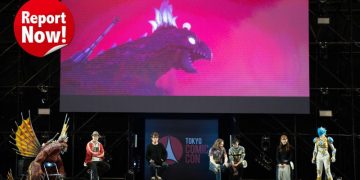