Special effects that are exciting at TOKYO Comic Con 2022

Comic-Con International (SAN DIEGO COMIC CONVENTION) started in San Diego in the 1970s as an activity to spread awareness and understanding of popular art such as comics, movies, and science fiction. In Japan, Tokyo Comic Con started in 2016, and I was curious about it, but this year, finally, a project that I am working with director Yagi Tsuyoshi, who is famous for Ultraman, will be exhibiting at the Tokyo Comic Con venue and appearing on stage for the first time. I stepped into Tokyo Comic Con.

Director Takeshi YagiTokyo Comic Con 2022 will feature top-notch Hollywood actors such as Christopher Lloyd, who plays Doc in the “Back to the Future” series, and Andni Daniels, who plays C-3PO in the “Star Wars” series. Performed by Gakuhito Yonemoto, who is active in Japan and the United States and has appeared in “47RONIN”. Many of the cosplayers are DC comics and MARVEL characters, and it’s interesting that the atmosphere is a little different from Comiket and Los Angeles anime conventions.

Director Takeshi Yagi took the stage with members of an on-demand video platform called “Naro.tv,” which transmits the techniques and ideas of Japanese masters to the English-speaking world as lectures.

Director Takeshi Yagi gives a lecture on “special effects” on Naro.tv, but he also has anime directed by Mamoru Oshii, Japanese food by Michelin chef “Tempura Niidome” Shuji Niidome, and “Asia’s Best Restaurant”. “Den” Mr. Zaiyu Hasegawa, who got the 50th place, will be the lecturer.

In this “special effects” course, Tsuyoshi Yagi’s special effects techniques trained by Tsuburaya Productions will be introduced by making a short film. That is AKARI, which was unveiled for the first time at Tokyo Comic Con this time.

Although it is a short video of about 5 minutes, we asked Mr. Akihiko Iguchi, a master of Japanese special effects monster design, to design the monster “Pythagodon”, and Mr. Matt Frank, who is famous for monster character design, designed the heroine “AKARI”. , Mr. Mad Doc Jones, who has exhibited at Christie’s as a visual artist and NFT artist, has also joined the world view.

If you are a special effects fan, please take a look at “AKARI”, which is a video of about 6 minutes.

CG is not used. Pursuit of expression in “light” and “color” is the theme of “special effects”

Director Takeshi Yagi says that he wanted to create a retro-futuristic image for AKARI, and that he was particular about “light and color.” Although the filming period was short, director Yagi asked Mr. Matt Frank, who is a close friend of Mr. Yagi, to design the heroine. We have invited a number of prominent members for this purpose.

Director Yagi created an impressive video even in a short three-day shoot. He asked director Tsuyoshi Yagi about the characteristics of Japanese special effects and what he focused on in AKARI.

Japan’s “special effects” are based on the premise that they are fake. I believe that it has aesthetic value precisely because I have pursued filming a visual world that surpasses the real world.
With this in mind, the special effects of “AKARI” use “light” and “color” to express various phenomena such as the futuristic atmosphere of the city, the kindness and fear of the monsters, and the beauty and dignity of the heroine. I made the pursuit a “special effects” theme.
Cinema is the art of light. The lighting and colors were tested and examined in the studio with Alex, the director of photography, and all the lights and colors were controlled by computer control on set. “AKARI” expresses a future city in 2076 with images of light and colors that transcend reality, where AKARI and the monster Pythagodon go on a rampage. CG is not used this time. We are pursuing new and royal “special effects”.

Tokusatsu must not stagnate. Always take on new challenges

Personally, I am fascinated by the lighting conditions in “Pythagodon” and the details of “AKARI”, such as the action, the city, the electric wires, and the debris that scatters when it is destroyed. Don’t stagnate, always keep taking on new challenges.” These words left a strong impression on me.

To my eyes, who are accustomed to the visual world where CG and VFX are taken for granted, I felt a human touch and warmth in special effects images. Surprisingly, the warmth and power of special effects may be attracting attention again because it is the era of CG heyday.

As I read in the article, Mr. Hideaki Anno, known for the “Evangelion” series, said that special effects are one of the cultures that Japan is proud of. “AKARI” connects Japanese and overseas artists with “special effects” as the axis. It seems that there is an event called “G-Fest” in the US where people who love GODZILLA gather. Paying attention to “special effects” is likely to be one of the triggers for learning about the charm of Japan. 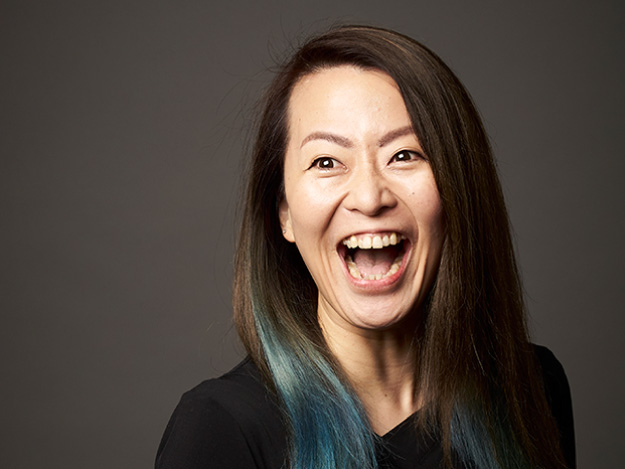 CEO of HEART CATCH Co., Ltd. As a “producer that crosses the boundaries of fields”, he creates projects for his own company, startups, companies, and government offices.