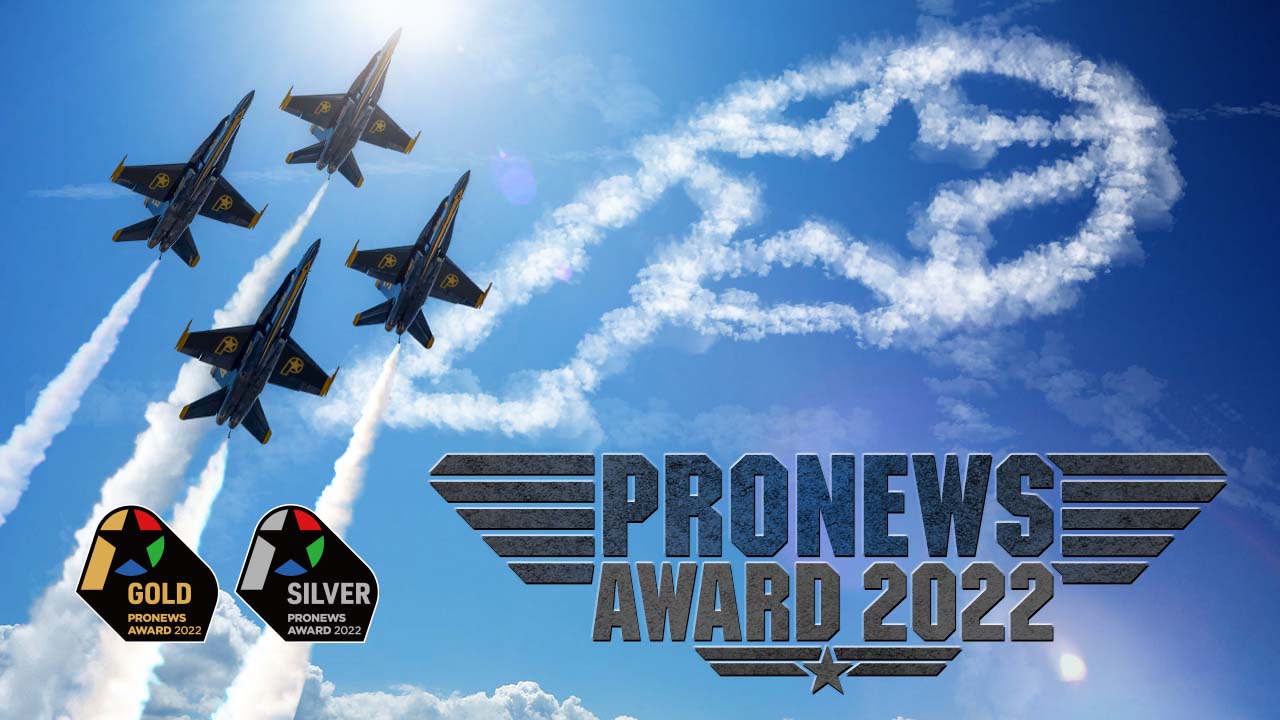 In 2022, LED lights will continue to improve in performance and become more affordable, and many new products that sparkle will appear. Among them, attention was focused on compact, inexpensive, high-cost performance LED lights that illuminate well. Last year the Aputure Amaran COB 60x was very popular, but this year NANLITE’s Forza 60C and Forza 60B appeared and attracted a lot of attention.High-end LED lights with outstanding performance have also appeared from various companies. “PROLYCHT Orion 675FS” is an RGBACL LED spotlight that mixes red, green, blue, amber, cyan and lime. PROLYCHT itself claims that RGBACL is superior to RGBW and RGBWW and allows for a wider color gamut.Aputure, which is increasing its share in the professional market, has released a COB type LED light “LS 600c Pro” equipped with a 600W multi-color (RGBWW) element. Even in CCT (color temperature) mode, it can be adjusted in a range of 2300K to 10000K, and the green/magenta color cast can also be adjusted. “LS 1200d Pro” is a daylight type (5600K) LED light with a maximum output of 1200W, and it stands out among the new LED light products this year with the highest output.NANLITE does not give up even one step, releasing the Forza series “720/720B” constant light LED light that boasts a high output of up to 800W, filling the gap between the 500 series and the 1200 series. The Forza 720B is the brightest model in the history of NANLITE as a bi-color LED spotlight.

The products nominated in the lighting category are:

The FS-60B is a 70W bicolor LED studio light that features high cost performance. NANLITE also released the Forza 60, which supports NP battery operation, but for this award, the FS-60B, which has excellent cost performance, was nominated. The FS-60B features a lightweight size of 0.85kg, a wide range of color temperatures from 2700K to 6500K, and a price of less than 30,000 yen. Equipped with a maximum output mode that always maintains the maximum brightness when changing the color temperature, and a constant output mode that can adjust the color temperature from 2700K to 6500K while keeping the brightness constant. Compatible with FM mount, NANLITE dedicated FM mount accessories can be used. Also, by using the included Bowens mount conversion adapter, it is possible to use Bowens mount accessories.

The LS 600c Pro is a COB type LED lighting with multi-color (RGBWW) elements. Equipped with an RGBWW chip, it is possible to create a wide range of colors. Even in CCT (color temperature) mode, it can be adjusted in the range of 2300K to 10000K, and the color cast of green and magenta can also be adjusted. It is also possible to specify all colors from HSI mode or XY mode. Adopting the familiar Bowens mount, many of the existing lighting accessories can be used as they are. It is also possible to light up to 50% of the maximum output with two V-mount batteries. It also has a function to automatically detect the voltage with the control box.

The LS 1200d Pro is the flagship model of Apture’s Lightstorm series. Utilizing a 1200W Daylight COB chipset, it is able to compete at the same level as industry standard HMI lights, and can deliver 83,100+ lux output at 3m when using a hyperreflector (narrow). The LS 1200d Pro is the first and only Bowens mount LED on the market with a 1200W COB and is compatible with Bowens mount modifiers such as Aputure Light Dome softboxes and lanterns. It is also possible to attach Bowens Mount softboxes made by manufacturers such as DoPchoice and Chimera Lighting.

The KNOWLED M600D is a daylight type high output LED light with a power consumption of 740W. It is possible to achieve 15700 lux at 3m when the attached professional reflector is installed. There are four dimming curves to choose from: linear, S-curve, exponential, and logarithmic, each with its own output to support a variety of settings and applications. In addition to AC power, it supports V-mount batteries, and up to two batteries can be installed. The color rendering index is CRI96, TLCI97 and high color rendering. Bowens is used for the front mount. In addition to the main unit operation, you can choose from four types of controls: RC-A6 remote control (sold separately), DMX, and smartphone application. In silent mode, although there is a limit on the amount of light, it is also possible to use it without sound by stopping the air cooling fan.

The Orion 675FS is a full-color LED light that uses a hyperlight engine with six colors (red, green, blue, amber, cyan, and lime). Despite its 675W output, it is said to have brightness and color accuracy comparable to 1200W HMI and 2K tungsten lamps. Equipped with RGBACL COB (Chip on board) that achieves accurate CCT output of 1800-20000K, the output has almost the same color spectrum as daylight. In addition to controlling the light itself, DMX, ART-Net, LumenRadio (CMRX), Wi-Fi and Bluetooth remote control from iOS and Android apps are also possible.

Lets check out the 2022 Gold and Silver PRONEWS Award Winners in the Lighting Category:

We are honored to receive a wonderful award in the lighting category. Over the past year, many people have become aware of NANLITE, and I hope that some of you who are reading this article may own or use NANLITE products. I’m here.

I feel that we were able to win the PRONEWS AWARD 2022 Lighting Division as a result of the cooperation of many people, led by our ambassador Yusuke Suzuki, who were able to convey the appeal of the product to everyone.I think that this is also thanks to everyone who is involved with NANLITE every day, and I am truly grateful. We will continue to do our best to provide you with exciting products and how to use them. This time, thank you very much.

The FS-60B is a compact, powerful, low-priced, and easy-to-use light.

In recent years, as the number of people shooting video has increased, I always think that it would be good if there was a product that people could try using lighting first. Under such circumstances, I would like to propose “FS-60B” to everyone.

The FS-60B has a built-in power supply unit, making it a lightweight model with a weight of 0.85kg for an output of 70W. It depends on the site, but being “small and light” is very convenient. In addition, you can also adjust the color temperature from 2700K to 6500K, which is useful for fine adjustments.

I want you to use lighting more casually, I want an easy lighting solution for a second or third light that can be used as a fill or backlight. Under such circumstances, the FS-60B was born.

Yusuke Suzuki, an ambassador, also made a single lighting tip using FS-60B on YouTube. He is looking forward to using the FS-60B in various fields.

I sincerely hope that you can enjoy the maximum creative with a limited budget, so in 2023, I hope that NANLITE will be able to do exciting things together with you.

Thank you very much for this year. Thank you for your continued support of NANLITE.

Mr. Wally Yoshimura, Aputure’s Japan representative, gave us this comment regarding the award.

I always read PRONEWS’ articles. Aputure also wanted to create a product that could be featured in an article someday, but I never thought that the LS 600c Pro would win an award and be published. I am very happy to receive this prestigious award.

The LED chips installed in the LS 600c Pro are completely developed and produced in-house. A huge amount of research and research time was spent on development. It was a lot of hard work, but as a result, we were able to successfully commercialize the world’s first RGBWW 600W full-color COB LED light. Since it uses a Bowens mount, you can create a very beautiful spotlight even if you use an F10 Fresnel lens, or you can create a soft light with a light dome.

We will continue to develop innovative LED lighting. We are planning to announce a great product in 2023 as well. I think there will be a revolution in the lighting industry. Looking forward to the future!