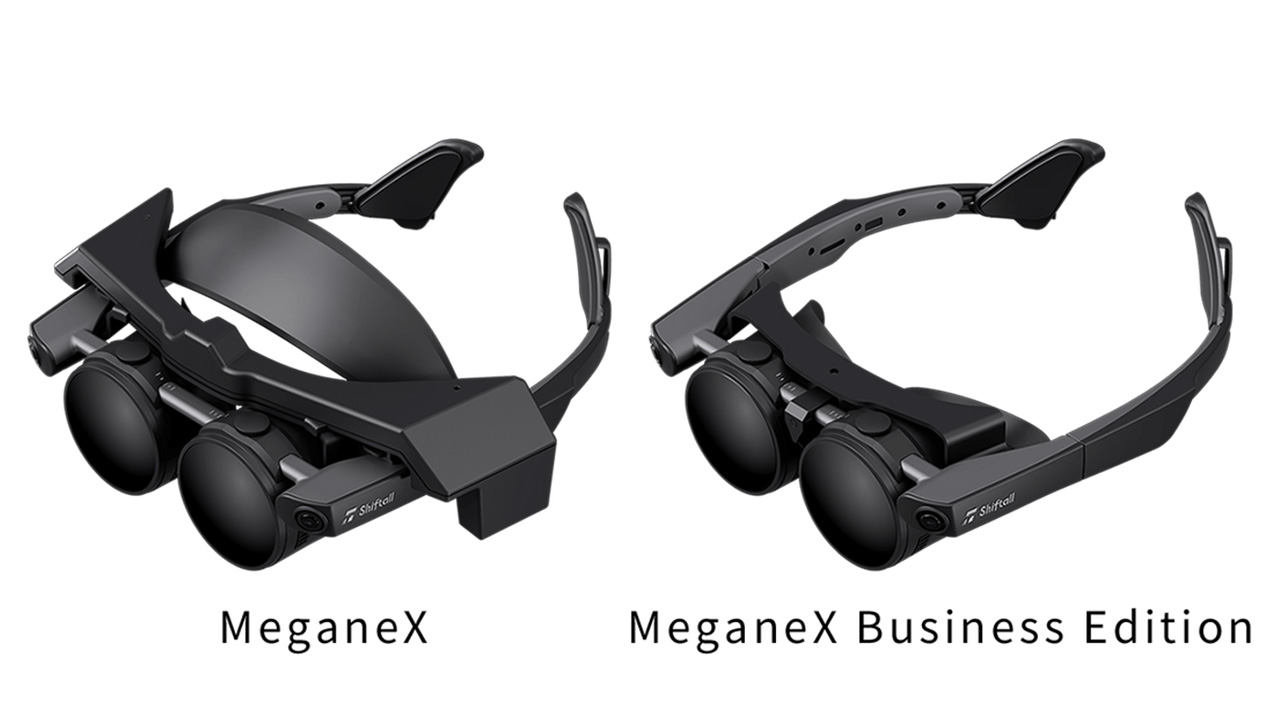 Shiftall Co., Ltd. announced the high-resolution and lightweight VR headset “MeganeX” and “MeganeX Business Edition” compatible with SteamVR. The price is open and the suggested retail price is 249,900 yen including tax for “MeganeX,” and “MeganeX Business Edition” is under consideration, with no price announced as of edition. Both are scheduled to be released around March to April 2023.

Focusing on comfort and lightness, This model provides a comfortable playing environment for heavy users who are said to spend more than 2,000 hours a year in the Metaverse. The forehead pad distributes pressure and ensures an inter-pupillary distance (IPD) of 56-72mm. There is no diopter adjustment function, and by fitting the lens that suits you to the attached spectacle lens adapter, you can cope with various diopters such as astigmatism.

This model that assumes shared use by multiple people at a business site. Equipped with a diopter adjustment function, it can be shared by people with different eyesight. In addition, it is easy to put on and take off because it is supported by the nose instead of the forehead.